by Roshana Mehdian
@RoshanaMN
11/11/2015: Junior Doctor Contracts - Where are we now?
A lot has happened since I last wrote about the threatened imposition of a junior doctors contract in the UK. Opposition has been so widespread that we are being covered in one form or another in the media almost daily. Despite the uproar and the near unanimous condemnation of this contact; our government plans to press on with its implementation.
We are now at a stage where the British Medical Association, our union, is balloting for strike action, with results expected in the coming weeks.
Other developments:
At this time, whilst we ballot, I would ask for your support. Everyone who reads this contract knows it is unsafe and unfair. The voice has been unanimous: ‘STOP!’ they say. Our government won’t listen.

10/3/2016
As a female surgeon I followed the #ILookLikeASurgeon campaign with much excitement; what a worthy and relevant cause for a global movement! Women being mothers, daughters, sportswomen, fashionistas, etc... AND being surgeons.
I couldn't have known that just a few weeks later, I would be contacting the organisers of this movement to help me demonstrate that the world stands in solidarity with junior doctors in England, as they face the imposition of a contract that threatens patient safety and is unfair to dedicated professionals. I feel that the values imbued in our campaign against this contract – the primacy of patient care, fair treatment and conditions, and an end to gender discrimination – are relevant globally and not just in the UK. 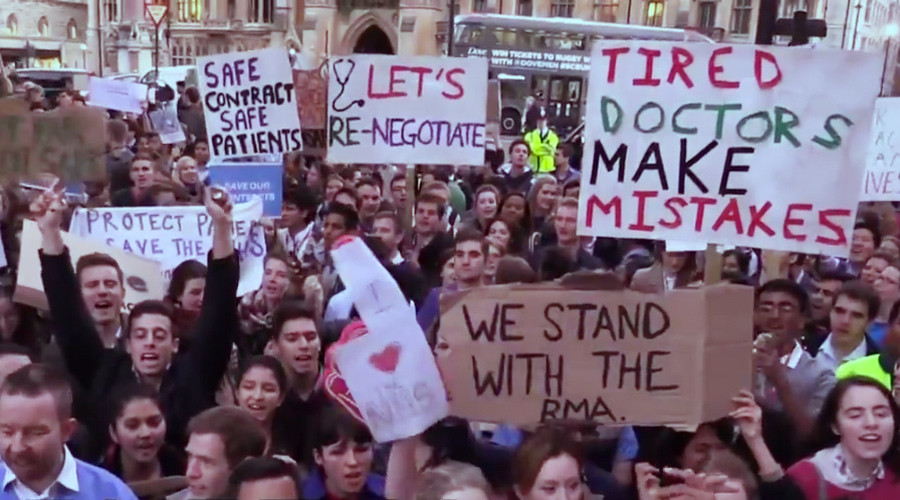 The government has announced it will impose a draconian contract on all junior doctors (any doctor who is not a consultant or general practitioner) in England from August 2016, in the middle of one of the worst retention and recruitment crisis the country has ever seen. Needless to say, with such poor conditions on offer, physicians will vote with their feet, leaving the system even more understaffed and overstretched. This will have a profoundly deleterious effect of patient safety. Those that are left will have to cover the gaps and work unchecked hours. Tired doctors make mistakes. Patient safety is hit again.
Please watch this video for the story to date.
Why is the contract so bad?
Our union, the British Medical Association, voted to ballot us for industrial action. The government should never have let it come to this, but I'm afraid they only have themselves to blame.
We will fight this - not just for us, but for those on the cutting block next, our nurses, for those across the world facing similar battles, and ultimately for our patients!
I am truly in awe of how, as a profession, we fight through adversity (be it the challenging situations at work, the emotional toll or this latest contract saga) with such resilience. All of us, including our colleagues; nurses, physiotherapists, cleaners, clerks, pharmacists etc...in the healthcare world deserve recognition for what we do, not least a fair and safe contract.
Please stand with us in solidarity this Saturday, October 17th and tweet to make your voice heard!
Sample tweet: "I stand in solidarity with the #ILookLikeASurgeon community and oppose the #NotFairNotSafe #JuniorContract!"
Thanks for reading.
Roshana Mehdian, MBCHB MRCS BMSC PGCEMedEd 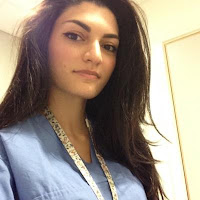 While reading an article about finding happiness, I found one reason to always smile: Gratitude! Finding things to be grateful for, stimulates your brain in a way that act almost as a natural antidepressant.  For all foreign graduates reading; you know how hard it is to become a surgeon in the United States and the things we did and still do to become one… so regardless of the situation I am on, I always take time to remind myself: I fought for this position because I wanted with passion to become a surgeon- and I won! This was my choice!  And immediately things are better (or at least better in my brain which is the beginning for improvement in other places).

So I made a list of amazing things our profession offers, things that I am grateful for while being a surgeon.


We have so many reasons to stay strong! If we are proud of who we are and what we do- If we maintain a sense of belonging, and camaraderie, we have more chances in moving the walls that prevent us from reaching higher; we have better chances at making this profession even more rewarding and change the things that discourage many talented professionals from staying in it.

These are the reasons I’m grateful to be a surgeon--what are yours?